A l00-year-old reform Jewish congregation required a new facility with spaces more suitable to its needs, yet wished to retain some of the components of its old building. The congregation selected 26 acres of woodland surrounded by a residential subdivision as the location for its new facility. The design concept called for the new facility to take advantage of the serenity of the natural setting ... incorporate existing architectural elements such as stained glass windows and an eternal light ... resonate with Biblical references ... and evoke the character and emotion of an ancient village of The Promised Land.

A transformation of the spirit begins before the 9,000-square-foot facility is reached. Traffic sounds fall behind as a gravel road meanders through the wooded property before arriving at the facility's west facade, which is accented by a stainless steel menorah. The facility includes a multipurpose/sanctuary space, support spaces, offices and a classroom wing. It is sheathed in two colors of split-face concrete block reminiscent of the sun-washed stone structures of Old Jerusalem. A porte cochere of exposed wood and concrete leads from the drive to the entrance lobby, and glass doorways draw the eye to a courtyard behind the lobby that serves as an area for receptions and outdoor prayer. The lobby itself has a coffered ceiling and includes several stained glass windows salvaged from the old
facility. 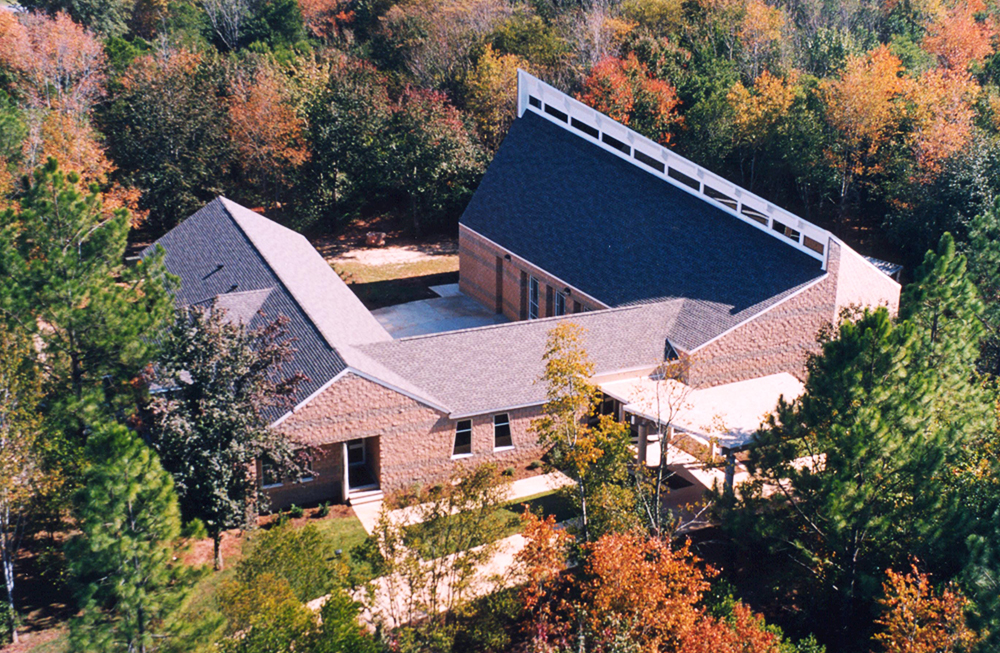